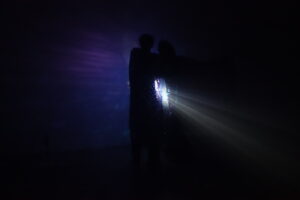 The performance takes its starting point in an investigation into the concept of “Axis Mundi” – also called the cosmic axis, world axis, world pillar, center of the world, or world tree. It has been extended to refer to any mythological concept representing “the connection between Heaven and Earth” or the “higher and lower realms.” In the performance the three performers experiment with lights, props, water, reflections, movement and costume. They do so with an aim to blur the boundaries of movement, light and stage in order to create a seamless whole. 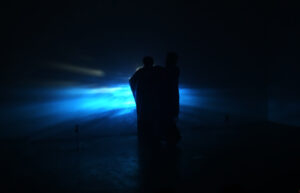 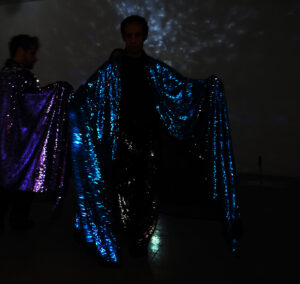 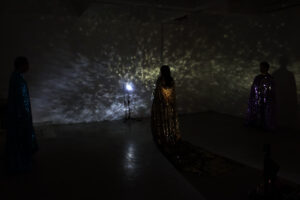